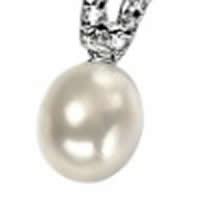 The pearl, birthstone for June, has been beloved since antiquity, and are prized by those who own them.

The pearl is traditionally a symbol of purity and loyalty. It is also thought to enhance integrity and friendship. Some believe that the pearl has special healing properties, associated with the digestive system. In ancient Asia, it was thought that the pearls were drops of dew, caught by oysters, while the Greeks posited that they were the teardrops of Aphrodite or other Olympian goddesses. In China, they were associated with dragons. Whatever their perceived source, Pearls have long been a favorite "gemstone" of royalty. Sometimes a ruler would crush a pearl and drink it in his or her wine to exhibit royal wealth. They were valued by warriors, the wealthiest of whom had them embedded in their sword handles.

The pearl, is the only birthstone that is not actually a stone! Pearls are organic in origin, and are created by oysters. When a grain of sand or other foreign material makes its way into the mollusk, it irritates the internal tissue. The oyster coats the material with layers of nacre, creating a translucent, round or oval pearl. Pearls can be irregular in shape, also. While pearls formed in an oyster's tissues are usually round or oval, pearls formed attached to the inner-shell tend to be irregular and less valuable. Pearls are popular, giving rise to oyster farms, where foreign material is introduced to oysters, and then the pearls are commercially harvested. These are called "cultured pearls." While cultured pearls and natural pearls contain the same materials, natural pearls are more rare; hence, they are usually more expensive.

The nacre an oyster produces is primarily of combinations of calcium carbonate (CaC03) and conchiolin, an organic binding agent. The oyster alternates layers of these two chemicals. These layers produce the iridescent sheen expected in pearls.

Where Pearls are Found

Pearls can be found in both fresh and salt water. Historically, pearls were primarily harvested in Japan, but China has overtaken Japan in pearl production. Pearls are also harvested in the South Seas. 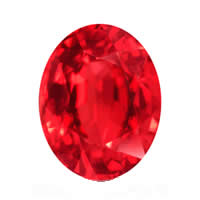